We’ve all met them. Those allies who, either deliberately or unconsciously, make you feel so much worse about yourself, about the way you choose to live, and how you deal with your own challenges. These are the people who, when you’re at your most vulnerable, make you feel selﬁsh, ill-informed, and downright idiotic: and their attempts to ‘help’ you are about as beneﬁcial as rubbing sand into your eyes.

These are the people that should be kept at arms length and never relied upon for support. This may be difﬁcult to hear if some of these folk are within your inner circle (and remember, you may not have noticed the patterns of behaviour yet) but sometimes self-love and tough love have to come face to face in the Neutral Zone. Yes, that is a Star Trek reference, rather than an Ice Hockey one, for once… 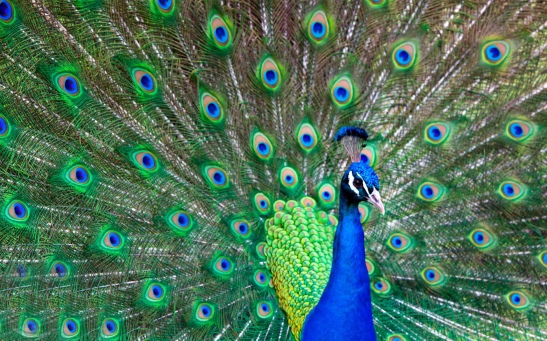 This slippery persona is probably the hardest to spot because it can be easy to believe that they way they interact with you (and everybody else) is just one of their ‘quirks’. Whatever you, or anyone else, is going through – joy or pain, love or loss – their response is always a variation of “me too, but bigger!”

Just met someone you think you’d like to spend the rest of your life with? Well, compared to their wild, super-intense whirlwind romance that’s ‘just like something out of the movies’, it’s barely noteworthy. Broken your wrist? That’s nothing! Last year they broke their arm CLEAN OFF; and, subsequently, had to walk ten miles to the hospital with said appendage in a carrier bag.

This person can be an annoyance at best and highly toxic at worst. The continual dismissal of anything that you may consider important will be draining for most people: to have your symptoms, and the suffering that they bring, treated as inconsequential can be downright devastating.  They’ve deliberately punched a hole in your support network, and there’s a good chance that, if you fall through, they’ll make the eventual tragedy all about themselves.

Removing this person, fully, from your life may not be the easiest, nor most practical solution to ensuring a certain level of peace of mind: they have a tendency, for obvious reasons, to be in the centre of your friendship universe.  So if you’re dealing with someone like this, playing your cards close to your chest just isn’t going to cut it – you have to lock those cards in a drawer and play Yahtzee, instead.  No leaning upon, no sharing with.  And, if you are in any danger of becoming that person, just stop it! Please… 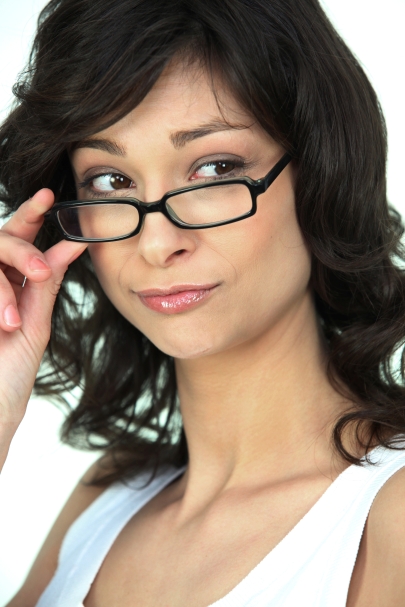 The know-It-All usually seems to have the best of intentions in mind, but often without a logical frame of reference. They will never have experienced what you’re going through, but, because their colleague’s daughter-in-law’s best friend had something that ‘sounds similar’ to your illness (which was inevitably cured with a wheatgrass compress) they believe that they have all the expertise needed to ‘ﬁx’ you.

As a person who gets the ‘eye-roll’ almost every time I tell someone new that I don’t eat gluten, I know how important nutrition is for the control of certain symptoms. However, simply changing your diet cannot alter an internal structural defect that forms the basis for the condition that is creating those symptoms. If that were true then nobody would ever buy, or even want, hair dye – people would just ‘eat the right foods’ to alter the DNA that created their hair colour.  It’s a little bit like telling someone who’s blind to ‘just eat more carrots’ – i.e. offensive.  Anyone who is not experiencing your condition (and even some that are) cannot know what life is actually like for you – and it’s okay to remind them of that.

The positive aspect of the Know-It-All personality is that underneath all of the ‘matter of fact’ lecturing is (probably) lurking a genuine desire to help – or, at least, to be seen as the conquering hero.  Add to that the need to actually ‘know it all’, and there is genuine hope that some gentle education may generate some understanding.  If that fails, get them to watch this movie, and tell them you’re Martian Royalty. No, really…

No joking around, this one is serious…

Before I even start I need to point out that I’m not trying to take a dump on anybody’s faith, here (I have a few beliefs of my own that would be considered, somewhat, ‘out there’…) No, I’m talking about those incredibly loud proclaimers of enlightenment who (as my friend Pete would say) ‘have all the right crystals’.  This is probably the most disheartening of the personality types to deal with because, unlike the Know-It-All, The Guru is not going to be swayed by the science behind the illness.

You will get a lot of disembodied quotes from pop spirituality books, and told that any mention of your symptoms is just focussing on the negative.  There will also be a lot of talk about ‘manifesting’ and ‘asking the Universe’: and, if there is a breakthrough with, for example, a combined drug therapy, they will use that broad ‘manifestation’ brush to claim that it was the visualisation techniques that brought it into existence.  This means that they either completely ignore the thousands of work hours, hundreds of researchers and all the various parts of trial and error that occurred; or they claim that all of that was part of the manifestation process too.  Don’t get me wrong, I know there are more things unseen than seen, and that we are barely scratching the surface of how the universe we inhabit really works; but the logic of the Manifestation Gurus ignores the basic truism that ‘no man is an island’ – we are always rubbing shoulders with someone else’s reality.

It can often appear that any conversation with the Guru types will end with the frustrated feeling of not being taken seriously, or actually cared about – but there is a way to make them understand why you cannot simply un-manifest whatever it is that ails you from your life.  Take their theories to their logical conclusion.

Illness serves a purpose.  Yes, you read that correctly: and no, I am not talking about ‘Big Pharma’ conspiracies.  I’m not even talking about individuals learning to overcome adversity – although, that may be the purpose it serves for many.  I’m saying that, over time, illnesses (and, perhaps, especially complex chronic diseases) give us greater insights into the intricacies  of human genetics.  For example, how the environment shapes certain conditions, whether there’s a link between auto-immune issues, sleep and allergies; or what role gender plays in the propensity for certain infirmities.  My illness might be doing me a massive disservice, now, but could also be guaranteeing the wellness of somebody in the future – near or far: just as the suffering of those who came before me is helping me to understand what’s happening in my body now.  And, whatever your spiritual path, please try to avoid becoming that person, that Guru, who believes it’s their ‘job’ to save people from themselves.  There’s more than one way home…