Due to an interesting encounter with another GP, I made a second Subject Access Request in order to actually see the values of cortisol in my blood, plus whatever statements the previous GP had made about my condition.  Gentle reminders usually have to follow the initial request, and this approach has worked in the past, but even with the nudges, all I was getting was silence. As the blood results were my real concern I decided to try and get that information in isolation from the rest of the records: and getting my tetanus booster provided the perfect opportunity.

I made sure that any and all reasons I could have for requesting the information were valid, but it transpired that all I need to do was ask for a printout. Wth my jab completed and the information in my hand, I headed home to pore over the details.

I’m not afraid to state that the words ‘mildly elevated’ sat directly next to the cortisol figure; I had already discerned that from the number given to me by the receptionist.  The disturbing note, however, was written underneath.  It wasn’t the words themselves that were causing me consternation, it was the fact that there was a strong possibility that that doctor had chosen to ignore them entirely. “Please interpret in light of the clinical context[…]”  This would appear to indicate that some knowledge of the patient’s pathology should be considered when attempting to understand the numbers. As I noted in a previous post a cursory internet search would have revealed the fact that Endometriosis sufferers have a general propensity for elevated cortisol levels.  My results were clearly not examined within the parameters of my medical history – the question is whether that was deliberate, or not.  Did he really believe he was doing what was best for my health or was this a case of gaslighting?  If that latter was true, I needed to unearth why a doctor would behave in such a manner.

“The whole intention of gaslighting is to decrease someone’s self-esteem and self-confidence so they are unable to function in an independent manner. The person being gaslighted will eventually become so insecure that they will fail to trust their own judgment, their intuition and find themselves unable to make decisions.” Alex Myles, Elephant Journal

Before I continue I really have to state that I am not making direct accusations (it could be that I merely saw a truly poor GP) however, I owe it to myself to find out why I was subjected to such a monumental delay in treatment, all due to an enormous, and perhaps wilful, misinterpretation of a blood result.

Two very important health care stories have broken over the past four years.  One appears to be a phenomenon unique to the United Kingdom, the other is global; but both may be playing a part in how people, particularly women, with complex chronic conditions find themselves being diagnosed with various vague mental illnesses when the opinions of specialists should have been sought.

The first was a discovery made late last year that certain Clinical Commission Groups (the organizations that run health care services in designated areas in the United Kingdom) were receiving ‘incentives’ to cut the number of referrals to hospitals and specialist care units.  The initial goal was to prevent so-called ‘malingerers’ from wasting precious resources, but Pulse Today discovered that the policy was being extended to suspected cancer patients: these are the people who are supposed to be referred within two weeks, for rather obvious reasons.  The Clinical Commission Group in the county where I live was actually one of those named and shamed.

The second story, which broke in 2012, regarded a record fine laid upon the pharmaceutical giant GlaxoSmithKline once it became apparent that they were literally bribing doctors to prescribe their medicines over those of their rivals  This is not the first time GSK have faced charges of bribery but what makes this one interesting is the timing, the drugs in question, and the medical climate in which all of this occurred.

The ridiculous lengths of time it can take from the onset of symptoms to an actual diagnosis are well documented: but there is a huge disparity in the amount of time waited based upon gender.  Doctors nowadays tend to shy away from using the word hysteria but are still more likely to dismiss a woman’s symptoms as being psychosomatic or related to stress.  A label such as that is doubly dangerous because, not only does it miss the initial diagnosis, but it also robs the patient of any future diagnoses, as such a characterization makes it extremely difficult to get believed about anything else ever again. If you are a woman and you find yourself suffering from a non-acute, non-blood borne illness, good luck!

Heart disease kills five times as many women than breast cancer; not because there is a dearth of cardiac specialists out there but because the early signs are all too often dismissed as Anxiety, leaving the disease to advance unchecked until the symptoms are finally spotted when the patient is close to death.  That being the case, the ‘hysterical’ woman who doesn’t look sick and shows no abnormalities in her blood becomes an easy mark for ensuring that the target for a low referral rate is met. I always state that I was lucky enough to get the push I needed from this TED talk, but I often wonder what state I would be in if I hadn’t received the confidence boost which allowed me to pull my doctor off his pedestal. 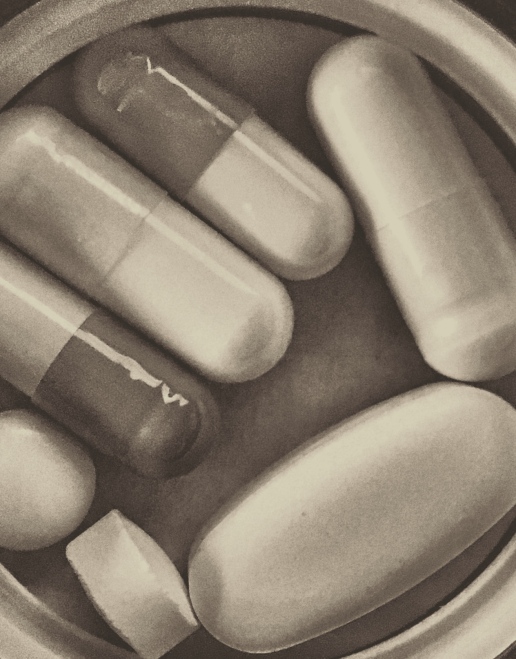 So where does this multi-national drug company fit into all of this?  Well, GSK were fined $3 billion in the United States for bribing doctors to prescribe two anti-depressants (one of which is widely used as anti-anxiety medicine) and one asthma drug, as well as paying to have their products appear in medical journals.  This obviously happened on the opposite side of the Atlantic to the one I’m living on – but, imagine for a moment that the same practices being carried out over there were also being employed worldwide: they had already been given short shrift by the Chinese government for the exact same behaviour. Would it not go some way to explaining why, despite all the research and training  put in place by groups such as Sex and Gender Women’s Health Collaborative, there is still such an all-encompassing  desire to throw anti-depressants at women who are suffering from physical illnesses?  With my case, in particular, it would also serve a secondary purpose of removing me from the referral ‘equation’.  Prescription written, targets met, job done.

Again, I am not making a direct accusation here.  But if a consolidation of gender bias, kick-backs, and a target-based culture were at play when I was dismissed as a ‘hysterical’ woman, it could be that many, many other women are experiencing the same dismissive attitudes without ever knowing why their problems seemed to matter so little to the ones who are charged with their care.

4 thoughts on “The Patient By Gaslight”