I have been given this product as part of a product review through the Chronic Illness Bloggers network. Although the product was a gift, all opinions in this review remain my own and I was in no way influenced by the company.

If someone had told me a couple of months ago that changing my mattress could alleviate some of my symptoms, I would have assumed I was having one of those ‘yoga and green tea’ conversations: you know the ones – where people with no understanding of your illness impart their unsolicited wisdom about the best way to ‘cure’ yourself.  However, in this case, what they told me would have been true.  I’ve known for a long time that a decent mattress is one of the keys to a decent night’s slumber, but sleeping on an N:rem mattress takes your nightly rest way beyond merely decent.

The N:Rem system is perfectly designed for people who suffer from chronic pain, and it allows you (via interchangeable inserts) to create the set-up that will be most beneficial for healing your discomfort.  Although I am making this sound simple, I am positive that an incredible amount of research has gone into this outstanding piece of sleep technology.  I hope that by sharing my experience others will understand just how truly amazing this product is.

After my first night’s sleep on the N:rem mattress I noticed a 100% (yes, that’s right, one hundred percent) reduction in my hip pain.  The agony I used to experience upon waking would feel as though someone had stuck knives into the trigger points on my upper thighs. Any initial movement would be pure torture as even the simple act of peeling away the quilt would send shockwaves right down the length of my legs.  The actual process of getting out of bed was performed in increments, often interspersed with a lot of shrieking and swearing.

This shambolic mode of starting my day was completely eradicated by the N:rem mattress – it returned to me something that the able-bodied can take for granted; the ability to sit up, swing my legs over the edge of the bed and stand, without feeling as though I had been mercilessly attacked during the night.

I’m not going to pretend to fully understand the science, but it has been noted by my Osteopath that, since switching to the N:rem sleep system, the idiopathic scoliosis that usually plagues my lower back is almost completely under control (i.e. my spine is staying in place.) So, even though my personal set-up is for hip pain, it may be that the hip problems themselves were being caused by the slight curvature of my spine. Either way, my vertebrae no longer need to be re-set once a fortnight.

The beauty of the N:Rem system is that regardless of which part of your body needs the most attention, you can customise it completely to your liking, as each of the five foam inserts can be moved and adjusted until you find the configuration that suits you best – and re-jig it if your symptoms change.

The second biggest and highly significant difference is in my sleep quality.  I began monitoring my sleep (through a very comprehensive app) shortly after I was diagnosed with Fibromyalgia, as I feel that any data related to complex and poorly treated conditions can be helpful to the medical community (i.e. doctors like data…).

I discovered that I was actually spending a lot more time ‘awake’ than I could have imagined, even when I ‘felt’ as though I were asleep: or I was stuck in the deep sleep mode, meaning that I was denied the light ‘repair-mechanism’ rest that the body needs in order to overhaul the cellular systems. And while most people tend to feel better during the summer months, I usually get a slight worsening of symptoms. This is mostly due to not being able to re-settle once the sun has risen (eye masks can leave me unable to see properly for hours after removal), even if I had used a sleep aid the night before.

Fortunately, what I have found with the N:rem mattress is that falling back into a natural, rhythmic slumber is (almost miraculously) no longer an issue.  What this means for me is that, even though fatigue is still a large component of my illness, I am no longer going through most of my day feeling as though my brain is wrapped in a damp towel.  And even when I’m forced to take a nap during the day, my nighttime sleep quality remains high: that was unheard of before I started using the N:rem sleep system. 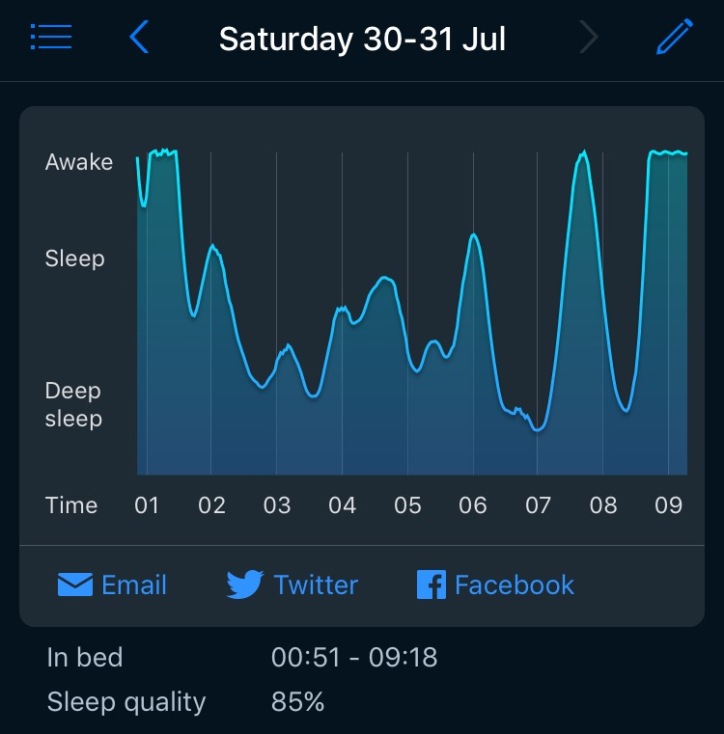 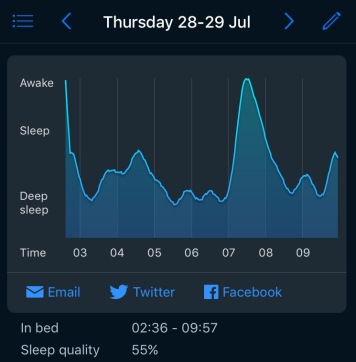 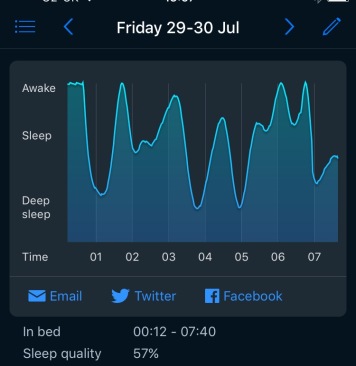 (In the above image, the two nights prior to sleeping on the N:rem mattress are shown on the right-hand side.  I recorded a 30% increase in sleep quality after just one night.)

Want to know the added bonus?  My able-bodied husband, who has dreadful sleep hygiene (late to bed while rising early, staring into the iPad before going to sleep etc), has also seen an increase in his sleep quality – an all round win!

As chronically ill people we often find ourselves, through no fault of our own, spending a lot of time in bed.  In those times it is important to make sure that we are doing the very best for our bodies as we rest, and I believe the N:rem sleep system is one of the most excellent ways of doing just that.

One thought on “N:rem – The Beautiful Science Of Sleep”