[DISCLAIMER] I am not a doctor and all of the suggestions in this post are entirely based on personal experience and personal research.  Always consult a medical professional if you are considering an alteration in your medication in any way.

We hear a lot of chatter in many circles about the use of medical marijuana and CBD Oil in the treatment of chronic illness, and chronic pain in particular; but for those of us who are being crushed under the weight of fatigue there is another psychoactive substance that can actually offer relief, but is often left out of the conversation. Nicotine.

Now, before anybody punches their screen and declares all-out war on me, I AM NOT ADVOCATING SMOKING! In fact, I believe it is the cigarette angle that makes doctors shy away from even suggesting this easily obtained drug to their fatigued patients. But once nicotine is isolated from the tobacco, tar, formaldehyde, cyanide, and over six hundred other chemicals, it is actually incredibly beneficial.

Nicotine is a peculiar little fella in that it acts as both a stimulant and a relaxant, creating feelings of sharpness and alertness alongside a sense of calm.  I’m not going to pretend to fully understand the entire chemical process, but it appears to cause an immediate release of adrenaline which is quickly followed by serotonin, dopamine, and beta-endorphin (the stress-reducing hormone that helps to maintain the body’s homeostasis). There is also a boost to memory function and the ability to learn new skills,  due to an increase in Acetylcholine, which is perfect for blowing away that perky brain fog!  Because of the energy-boosting, stress-relieving attributes nicotine is a much more reliable and controllable stimulant than something like caffeine, as the balancing effect it has on the brain’s neurotransmitters make it a lot less likely to cause insomnia.  And let us not forget that dopamine is the brain’s natural painkiller…

“nicotine is the most reliable cognitive enhancer that we currently have.” Dr. Jennifer Rusted, professor of experimental psychology

When I first tested this drug for myself, I initially used the 4mg gum, which releases the drug slowly into your system.  It worked well for a while, but I soon realised that there were certain situations where leaving a piece of gum in my cheek as instructed wasn’t easy (the urge to chew during an intense Ice Hockey game was particularly strong) or appropriate (during Christmas dinner – “I’ll just stick this under my plate while you serve the sprouts…”)  In addition, because the product is designed for people who are trying to quit smoking the smallest packet of gum has something like seventy two pieces which meant that a large number of them went out of date (and became a lot less effective) long before I was anywhere close to finishing them.

So I decided, once it became evident that I would probably never use that particular product particularly productively, that I would switch to a spray. And, oh boy, was that a revelation…

As I had already been using a dose of 4mg, I figured two 1mg sprays would be sufficient to ‘just take the edge off’ – and that is where the difference in the delivery systems became blindingly obvious.

On the day I tried it, I had to take an intercity train journey and wanted to make sure that I was walking rather than crawling onto the platform. I’m not going to lie – the switch from ‘slow-release’ to ‘fast-acting’ was one hell of a jolt.  For about thirty seconds after the second spray, I felt as though someone had pushed a lightning bolt through my chest. It wasn’t painful, as such, but I did feel an immense pressure behind my sternum.  I stood in the living room, dazed and a little dizzy wondering what the hell I’d just done to myself, and praying that it would wear off quickly. But then came the predicted calming effect. The pressure in my chest subsided, my equilibrium returned and my body was filled with an almost illogical harmony of frenetic energy and repose.

Once the initial shock had subsided, I picked up my overstuffed (as always) weekend bag and began my journey.

I had little choice but to travel very close to rush hour, and to make my interchange at one of London’s busiest stations.  Normally this would feel like a rollercoaster through hell, but with a nervous system filled with nicotine the journey felt a lot less oppressive, and my body kept going for a lot longer than it would have normally.  As expected, my joints were stiff from sitting for over an hour, but my mind still felt fresh as I stepped off the train. That, of course, was not the end of my journey… After an impromptu ‘hang out’ at my husband’s studio we jumped in the car and travelled by road for another ninety minutes until we reached our final destination.  With the nicotine, the first part of the trip would have been hard enough, the second would have been impossible.

1. A Small Risk Of Addiction.

Nicotine is a psychoactive substance that lights up the brain’s reward centres, so there will always be a risk of addiction. However, recent studies have shown that it is not nicotine alone that makes cigarettes addictive, and when the drug is used in isolation it is not as habit-forming as experts formally believed. But if you have a history of substance abuse this may not be an ideal solution.

Dopamine has an effect on a lot more areas of the body than you might think, the two most notable ones being the digestive system and the kidneys.  What this can lead to is the body’s waste management systems getting a little over-eager a few minutes after the drug is ingested. So if you are more than ten minutes away from a bathroom it may be best to resist the urge to take a drug that will lead to a visit to the porcelain throne until said throne is within walking distance.

No, you’re still sick and you’ll still need to employ some kind energy conservation in order to prevent a catastrophic crash. Keep to your pacing and avoid using nicotine to ‘push through’ your designated buffer days because it is not just the nervous system that causes the underlying fatigue in chronic illness.  I’ve had moments where I’ve thought that I could just live on this drug and start to experience my life the way I did before I got so sick, but the fact is that my joints need to recuperate and to try and force them to keep going would be disrespectful to my body.

So while this is by no means a ‘cure’ it is a treatment, even if it is somewhat unorthodox, so perhaps Doctors need to think outside of the box a little more in regards to this drug as there is currently not much on offer for people suffering from Chronic Fatigue; and what is on offer is so often inadequate. 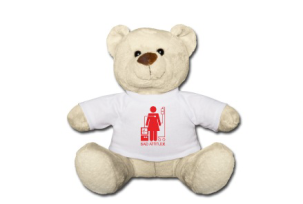 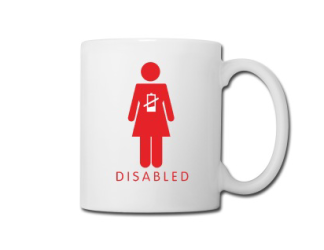 One thought on “My Chemical Romance”